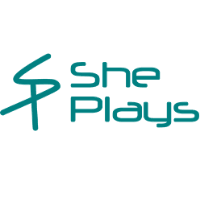 As the start of another seed gas pedal program starts, we might want to present one of our freshest originators, Ashley Hart. Very much like numerous different business visionaries and CEO’s, one of her inspirations to keep taking a stab at an effective organization is to turn into her own chief. As Ashley referenced during her meeting, she has never begun her own organization yet has encountered running a non-benefit industry. Notwithstanding, she needed to concede that despite the fact that she was dependable of numerous parts of the non-benefit association, it is very surprising from making her own organization. Regardless,

Ashley full heartedly needed to concede that “When you work for yourself, you will not have any desire to return”.

Moreover, one of her principle motivations to begin her organization was to make an organization that helped the local area in manners no other organization has done previously. She looked for some cases and cases that have been raised to her consideration through the media as there was an accentuation on ladies getting payed not as much as guys while playing a similar game. In this way, we are so glad to present SHE PLAYS!

What is She Plays?

She Plays is a Fantasy Sport center zeroed in on the entirety of your #1 U.S ladies’ games groups! This stage fills in as a device for not just the individuals who are keen on dream sports however the individuals who are intrigued to change the scene of sports for ladies in the United States. She Plays is resolved to utilize their foundation for more media consideration and show on US ladies’ elite athletics alliances. By and by, that is not all She Plays has to bring to the table! Indeed, notwithstanding their dream sports they have included fascinating digital broadcasts, sites, and offer one of a kind games to remain locked in. She Plays has likewise dedicated to reward accomplices by giving income from associations like the National Pro Fastpitch (NPF) and United States Women’s Football League (USWFL).

As Ashley talked about her inspirations to have a fruitful organization, it was not difficult to perceive that one of her primary objectives is “to cause individuals to comprehend that ladies are worth speculation.”

All things considered, Ashley is presently engaged to develop her group and set up approaches to begin moving towards the correct bearing by remaining gainful and positive during the period of June.

With the assistance from StarterStudio, Ashley has felt as so StarterStudio has undoubtedly driven her to progress with her organization. From the second she took part in “Thought ation”, she turned out to be more keen on figuring out how to develop expertly, making associations, systems administration, and gaining more from her coach.

Nonetheless, she expresses “the feeling of local area was the motivation behind why I turned out to be increasingly more inspired by StarterStudio.”

In this way, presently as a Seed Stage Accelerator member, she accepts that the educational online courses facilitated from StarterStudio consistently have a food assortment of substance in any event, during seasons of vulnerability.

“Glad to address Orlando. Glad to address StarterStudio and being encircled by a particularly incredible local area. So thankful for everything… wouldn’t have need it some other way.”

On the off chance that there is whatever you have discovered intriguing all through this blogpost, don’t hesitate to buy in to She Plays to remain educated regarding forthcoming dream sports, web recordings, and web journals. Watch out for their most current increments of imagination sports: Soccer competition game this June: